Courtney Lewis was one of the first people to knock on my door when I started teaching classes in 2012. She was still in high school, but had been planning her future for as long as she could remember. She wanted to be a Disney princess at Disney World. She also wanted to be a makeup artist so she could do character makeup on herself and the others at Disney World.    Art of Makeup was where she was planning to start her path to get there.

After I met Courtney she became a regular model for Art of Makeup, volunteering for the students to practice makeup on until she would finally be able to attend Art of Makeup herself.  Well, she graduated high school and enrolled for the Master Class at Art of Makeup just like she had planned, and soon after she graduated, she went to Florida and auditioned to be a Disney princess!

Dreams do come true, especially at Disney World where Courtney is now working as Ariel from The Little Mermaid! Congratulations Courtney! 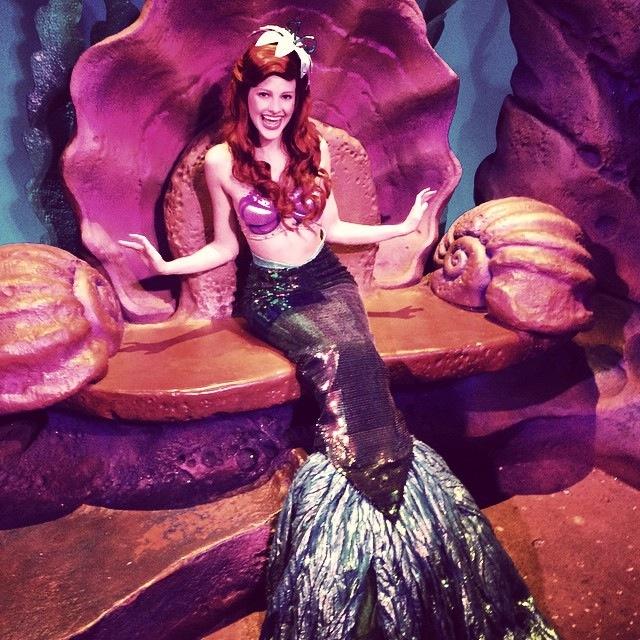